In respect of the great visionary who fought against systematic racism and championed the cause of Black Americans, today we share our picks for the best Martin Luther King Jr quotes on leadership. King, who was an American pastor, rose to prominence in 1955 during the bus boycott movement. He became the leader of the American civil rights movement and later one of the most important figures of our modern time. Today, he is the symbol of peace under whose leadership black Americans won their social and democratic rights. King was awarded a Nobel prize in 1964.

Martin Luther King Jr practiced what he preached. He was a leader who led by example. King was greatly influenced by Gandhi. In fact, he even went to India to further learn his methods of achieving success through non-violent means. King said: “Christ furnished the spirit and motivation while Gandhi furnished the method”.

Non-violent activism did not mean to avoid hurting others peoples feelings but instead to challenge the status quo and fight darkness with light. As Gandhi believed: “An eye for an eye leaves the whole world blind”.

King also knew violence would only beget more violence which as a result would only delegitimize the movement.

Therefore, King organized peaceful protests, campaigned for his message of love, endured torture. He had no fear and as a result eventually laid his life fighting his dream. Are you willing to?

So, which one is his quote on leadership inspires you the most? And did we miss some? If you know more Martin Luther King Jr’s quotes on leadership let us know by clicking here and we’ll add them. 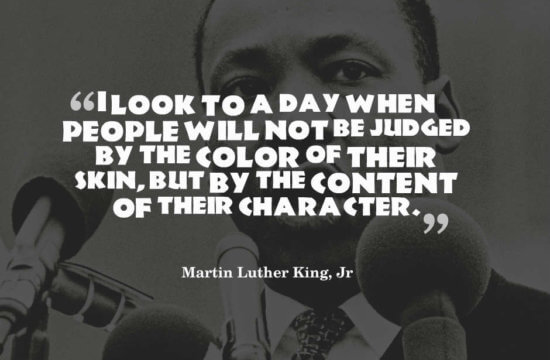 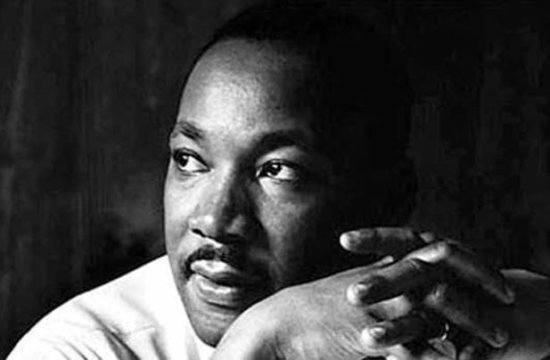